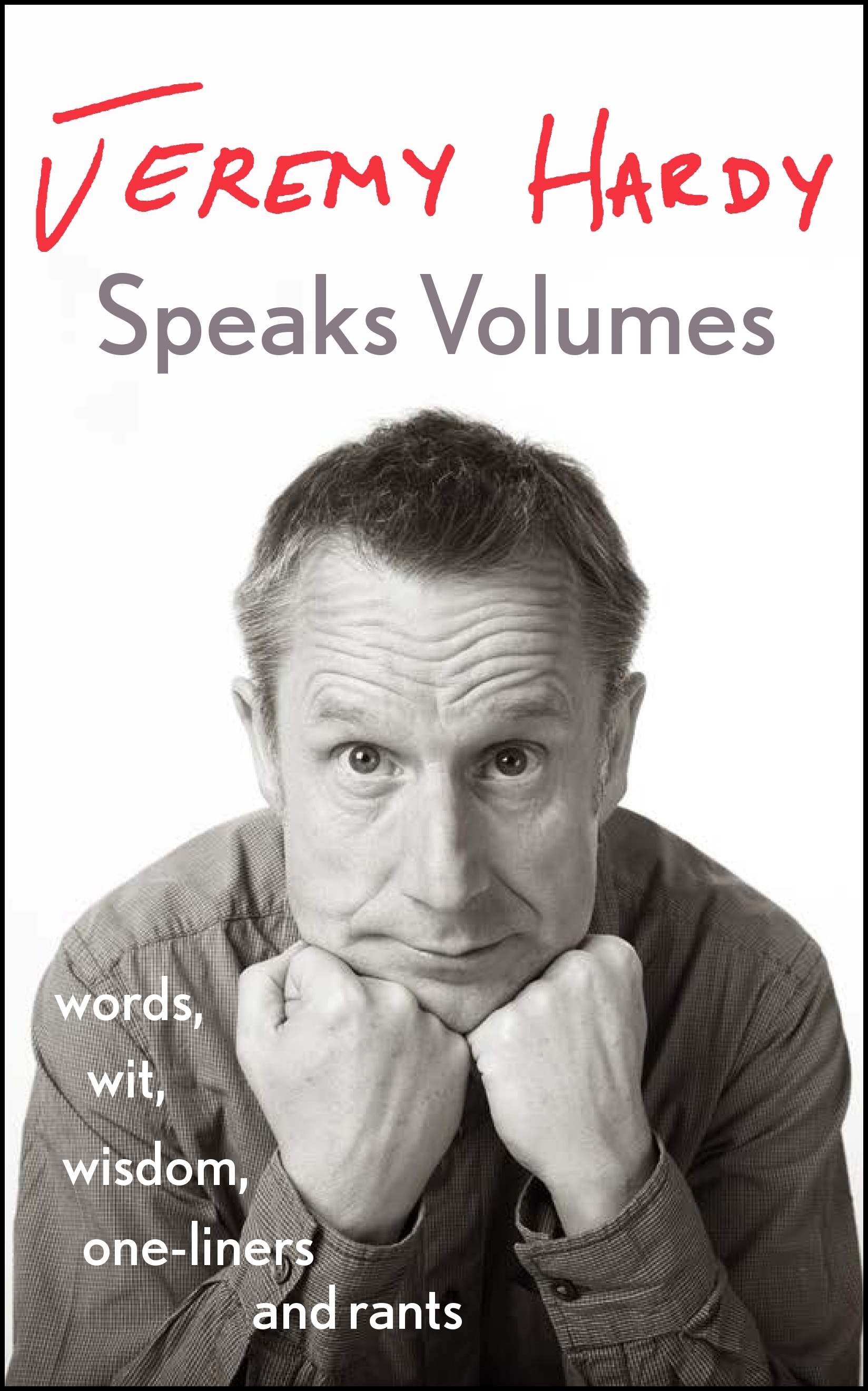 Two Roads, an imprint of John Murray Press, has acquired JEREMY HARDY SPEAKS VOLUMES: words, wit, wisdom, one-liners and rants, which will bring together for the first time the very best from one of Britain’s most distinctive, best-known and much-loved voices in comedy. Two Roads Publisher Lisa Highton acquired World rights from Nick Ranceford-Hadley at NRH Management – with tributes from his friends and family, and an epilogue by Jeremy’s wife Katie Barlow, Two Roads will publish in February 2020.

‘A one-off . . . there was no one to match him for his brilliant understanding, his satire and his straightforward ability to make us sob with laughter’ SANDI TOKSVIG

Jeremy Hardy, who died in February 2019, was perhaps the most distinctive and brilliant comedian to arise from the 80s Alternative Comedy circuit. He regularly entertained the millions who heard his outrageous rants on The News Quiz, his legendary singing on I’m Sorry I Haven’t a Clue, or his hilarious monologues and sketches on the award-winning Jeremy Hardy Speaks to The Nation and Jeremy Hardy Feels It. Often referred to as ‘the comedian’s comedian’, Jeremy’s comedy could be both personal and political, ranging in topics from prison reform to parenting, from British identity to sex. His comedy could be biting, provocative and illuminating, but it could also be surreal, mischievous and, at times, very silly.

Jeremy Hardy Speaks Volumes is a fitting celebration to this most brilliant of comedians. Containing material from his 35 years as a stand-up to his radio comedy to his journalism, from political satire to the joyfully silly gems, it has been curated in collaboration with Jeremy’s wife, Katie Barlow, and Jeremy’s long-time Radio 4 producer, David Tyler, to encompass everything about Jeremy that fans adored. Jeremy Hardy Speaks Volumes is wise, daft, outrageous, satirical, personal, lovable and, above all, very very funny – just like Jeremy himself. On March 25th 2020 the Hammersmith Apollo will host the Jeremy Hardy Benefit gig, featuring Jeremy’s famous friends and contemporaries.

Lisa Highton said, ‘Jeremy Hardy delighted fans with his very brilliant wit. His voice – and his ‘singing’ – was a regular feature of Radio 4 comedy for decades, and it will be sorely missed. Jeremy Hardy Speaks Volumes showcases what an incredible comedian Jeremy was, able to make us laugh on almost any topic – from socialism to selfies – and at Two Roads we are honoured to publish this book celebrating his comic genius.’