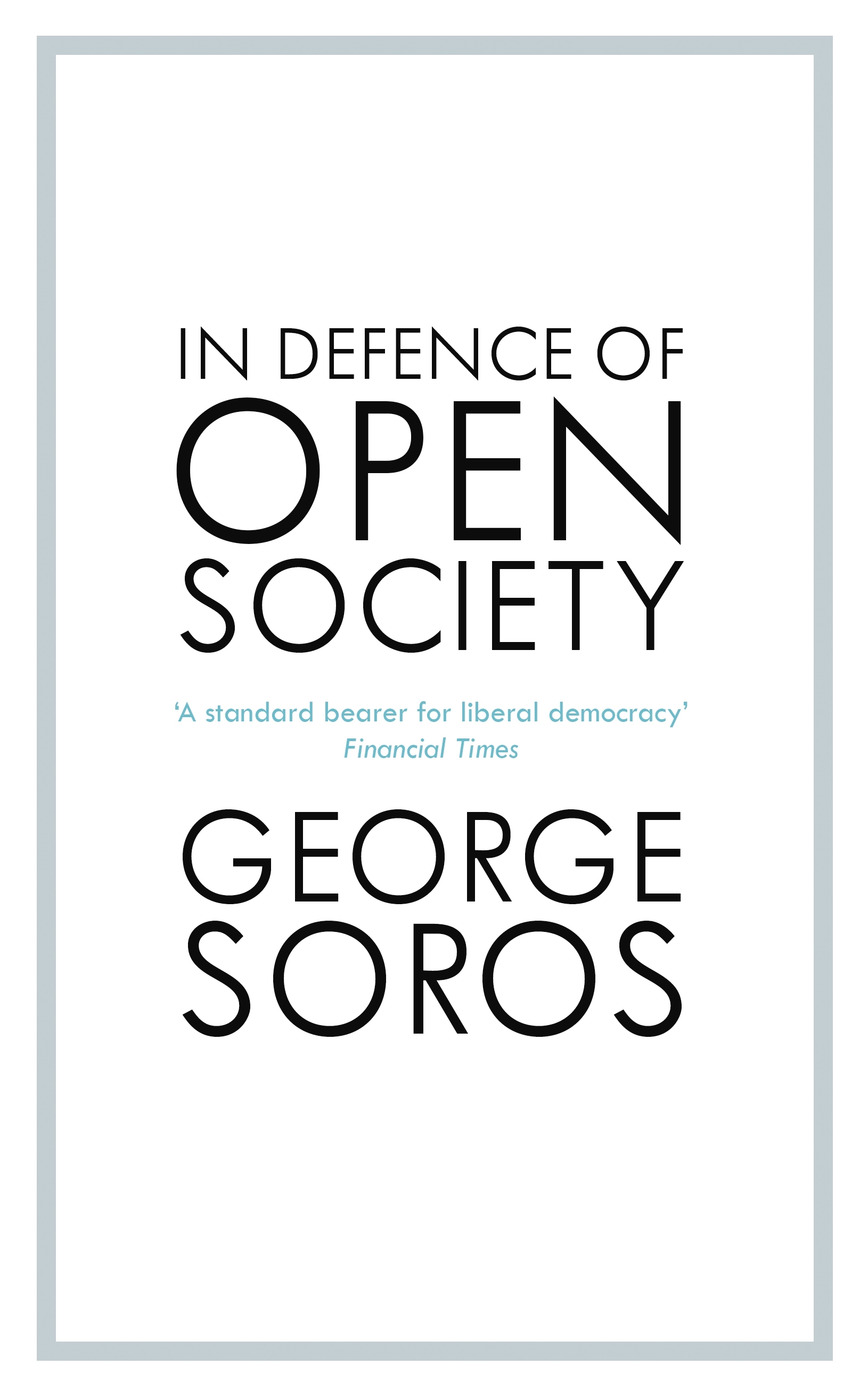 Joe Zigmond, Editorial Director at John Murray, an imprint of John Murray Press, has acquired U.K. Commonwealth rights to the new book by one of the world’s leading figures, 88 year old legendary investor and philanthropist George Soros – In Defence of Open Society is a brilliant, timely and spirited compendium of Soros’ philosophy and a clarion call-to-arms for the ideals of an open society. Joe Zigmond acquired rights from PublicAffairs, an imprint of Hachette Book Group USA, and the book will be published simultaneously in the UK and the US on 22nd October 2019 in print, eBook, and audio editions.

The author of several bestselling books including The Crash of 2008 and The Crisis of Global Capitalism, and named as the Financial Times’ Person of the Year for 2018, George Soros is one of history’s most successful investors – for more than three decades, his philanthropy, led by the Open Society Foundations, has donated over $14 billion to promote democracy and human rights in more than 120 countries, battling against authoritarianism, racism and intolerance. As a guarantor of liberal values through his long commitment to openness, media freedom and human rights, he has attracted the wrath of authoritarian regimes and, increasingly, the national populists who continue to gain ground, particularly in Europe.

With over ten years since Soros’ last publication here in the UK, In Defence of Open Society sees the legendary philanthropist and New York Times bestselling author tackle the dangers we face for the survival of civilization. Through a selection of recent writing – including his keynote from the World Economic Forum, Davos in January 2019 and new material – he upholds his life’s work with a powerful advocacy for global cooperation, migration and the active protection of minorities, alongside lessons from the tragedy of the European Union and the long tail of the Financial Crisis. An incredibly timely compendium of Soros’ philosophy, In Defence of Open Society sees one of the world’s leading figures addressing freedom, democracy, rule of law, human rights, social justice,
and social responsibility as a universal idea.

Joe Zigmond says: ‘This is Soros’s most powerful take on the world today and an impassioned broadside against the regressive politics of our times. He has been fighting the good fight for decades, and in that time he has become a global lightning-rod for anti- Semites and nationalists. Now a more symbolic figure than ever, this is a crucial moment to be keying his thoughts into the economic and political news cycle.’