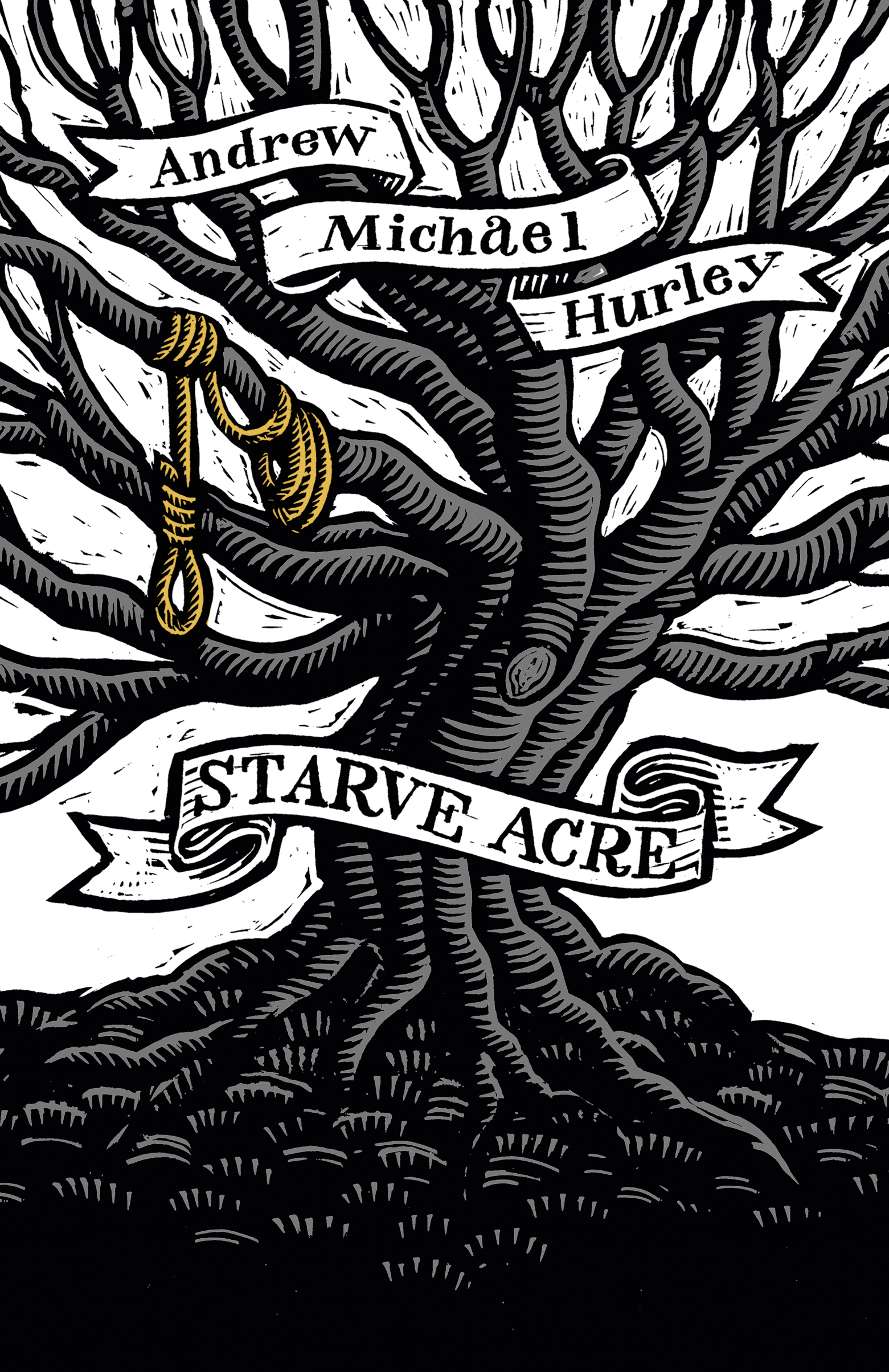 In Starve Acre, Richard and Juliette Willoughby grapple with their son’s untimely death. ‘Starve Acre,’ their house by the moors, was to be full of life, but is now a place of painful memories and simmering tension between the couple.

Juliette, convinced Ewan still lives there in some form, seeks the help of the Beacons, a seemingly benevolent group of occultists. Richard, to try and keep the boy out of his mind, has turned his attention to the field opposite the house, where he patiently digs the barren dirt in search of a legendary oak tree.

In Hurley’s distinctive gothic-infused style, Starve Acre becomes increasingly taut as histories and memories are slowly unveiled, and builds to an indelible ending. It is a novel that grapples with the irrationality and complexity of grief, the power and potency of folklore, and a moving examination of the effect a child’s loss can have on its parents.

Hurley’s first two novels The Loney and Devil’s Day have received huge critical acclaim and awards. The Loney won the Costa First Novel Award and the British Book Awards Book of the Year, has been sold in twenty territories, and over 150,000 TCM across all formats in the UK.

His follow-up Devil’s Day was met with similar critical acclaim and was named a book of the year in the Times, Sunday Times, Metro, Financial Times and Mail on Sunday. The book also won Hurley the Encore Award for best second novel, which he shared with fellow John Murray author Lisa McInerney.

Mark Richards, publisher of John Murray, said: ‘Starve Acre is a short and devastating novel that uses the gothic to look askance at the effects of grief and of guilt. It is gripping, beautiful and unforgettable.’

Juliette Howell and Tessa Ross of House Productions said: ‘We’re thrilled to be adapting Starve Acre – a novel which has inherited the timelessness of the great classics of the genre while also being a thoroughly modern story about family, grief and faith. Andrew Michael Hurley is a remarkable author; we feel very privileged and excited to be bringing this evocative story to screen.’