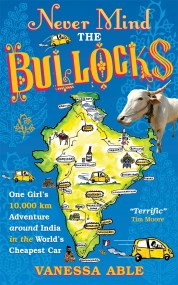 **A Scotsman Non-Fiction Book of the Year** Vanessa Able wanted a truly independent Indian adventure, but nothing prepared her for the noise, chaos and terror…