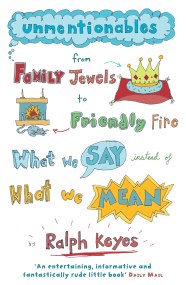 We say a lot about ourselves by what we don't say. Words and phrases like 'collateral damage', 'wardrobe malfunction', 'vertically challenged', and old favourites like…