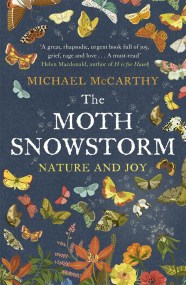 A great, rhapsodic, urgent book full of joy, grief, rage and love . . . A must-read' Helen Macdonald, author of H is for Hawk…

Say Goodbye to the Cuckoo

If we could see it as a whole, if they all arrived in a single flock, say, we would be truly amazed: sixteen million birds.…