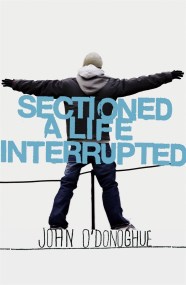 ‘When my father died, I stayed off school to look after my mother. I was fourteen and was as incapable of looking after her as…