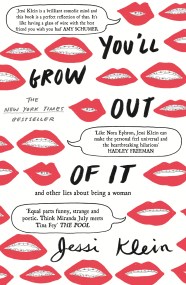 You'll Grow Out of It

THE INSTANT NEW YORK TIMES TOP 10 BESTSELLER 'Jessi Klein is a brilliant comedic mind and this book is a perfect reflection of that. It's…