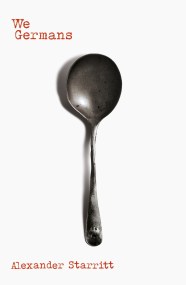 When a young British man asks his German grandfather what it was like to fight on the wrong side of the war, the question is…